by Stephan Kinsella on September 6, 2012 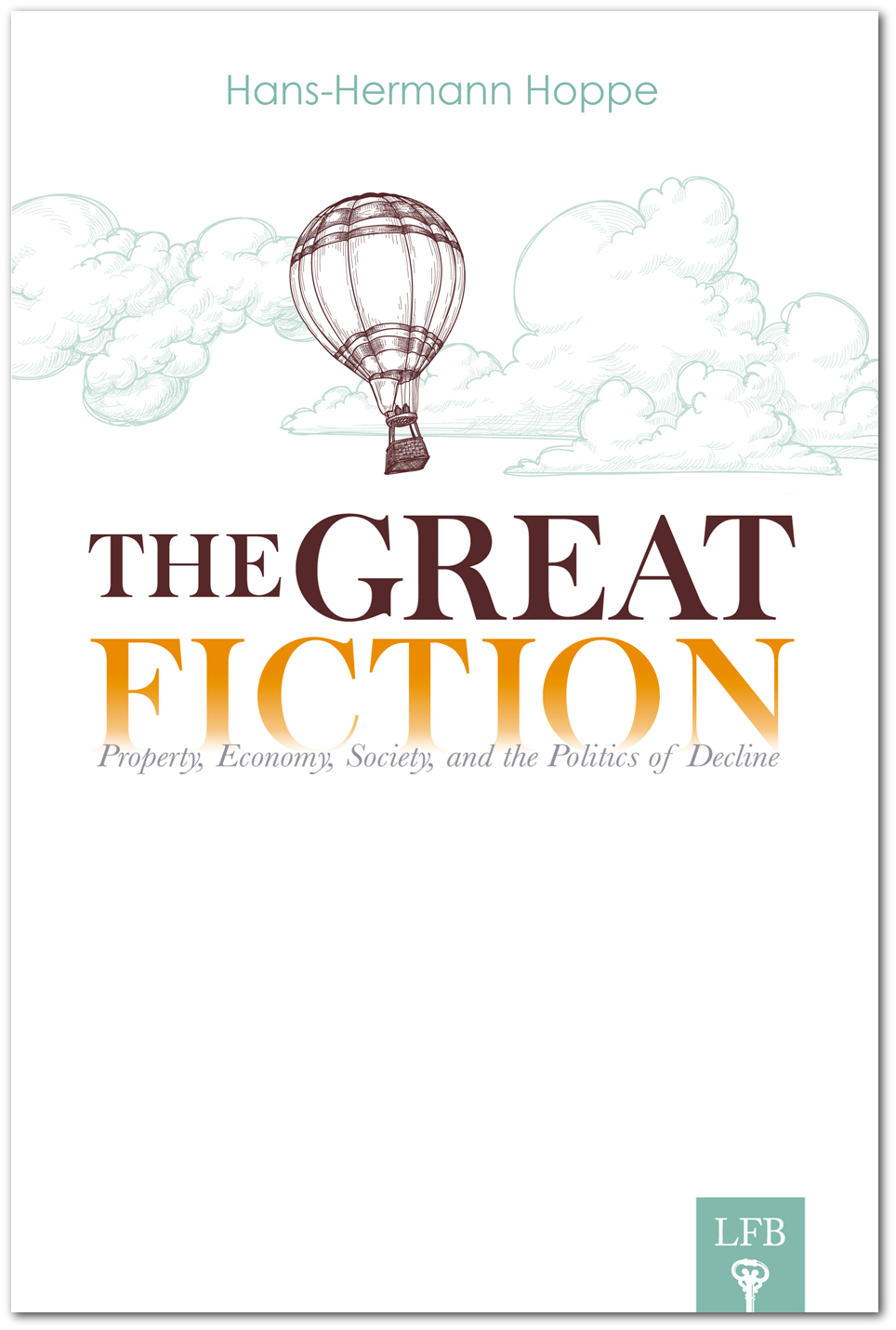 There is reality and there is Ben Bernanke. The two are ever more disconnected. Speaking in Jackson Hole, Wyo., Fed Chair Ben Bernanke claimed his money printing has created 2 million jobs and pushed stock prices higher.

“The odds are strong that the Fed’s asset purchases will make money for the taxpayers, reducing the federal deficit and debt,” Bernanke said, presumably with a straight face. “And of course, to the extent that monetary policy helps strengthen the economy and raise incomes, the benefits for the U.S. fiscal position would be substantial.”

Never mind the elevated unemployment rate and worst economic recovery since the Great Depression. Never mind that the credit system is entirely broken down. The reality that we’ve lost a decade of growth to these policies is in the headlines. And at this very time, Bernanke figures that QE1 and 2 went so well, it’s time for a third. One wonders if the Fed chairs plan is to create enough money from nowhere to buy all the governments debt, reducing the deficit and debt to virtually zero.

Nobody in his right mind would think the value of the dollar could withstand that onslaught of printing, except maybe Bernanke.

Leaving little doubt what his policy will be, Bernanke said, “The Federal Reserve will provide additional policy accommodation as needed to promote a stronger economic recovery and sustained improvement in labor market conditions in a context of price stability.”

But does more money mean more economic growth and jobs? Is that all we’ve been lacking? Let us consult Hans-Hermann Hoppe, the intellectual giant of Austrian School whose new book is being released by the Laissez Faire Club tomorrow. The book is called The Great Fiction. It is a mighty addition to an increasingly impressive archive of books available to all members. The fiction of which he speaks is public authority as embodied in governments and central banks. Viewed through a Hoppean lens, Bernanke is making up stories. As Hoppe says: More money is just this: more money. It does not and cannot increase social wealth by one iota.

Money doesn’t increase wealth for society, so who benefits from all this monetary manipulation? Hoppe explains: Easy credit also engenders a systematic redistribution of social wealth in favor of… the central bank, and the commercial banks within [its] cartel. Monetary theory is but a small part of this far-reaching book, but Hoppe instructs the reader as to why and how the state controls money through the central banking apparatus and commercial banking cartel. As much as Bernanke yammers on about creating jobs and stimulating the economy for the working man, central bank policy benefits the banks and government, plain and simple.

The Ben Bernanke’s of the world don’t have to sacrifice to lend the commercial banking system or the government money. This isn’t money his bank has saved or accumulated. To make a loan, it simply conjures the money from thin air, debasing the existing dollars in circulation.

Because there is no sacrifice, no delay of consumption to lend, the central bank lends to those who would not otherwise be creditworthy, and lends at lower rates. Commercial banks do the same. If the loans don’t work out, the banks look to the central bank to bail them out, just as the central bank bails itself out.

Because central bank credit is not backed by savings, booms and busts are the logical result of these monetary expansions. Investments and projects take time to complete. It is only determined later which projects were needed or not. The results of risky, easy lending show up later with clusters of bankrupt companies and projects. Todays stimulus will be tomorrows crash.

Of course, government would love to create goods and services out of thin air. Imagine the votes that could be bought! But government cant do that. What it can and does do with abandon, as Hoppe points out, is redistribute property as it sees fit.

This constant meddling by government creates uncertainty for businessmen. And among the many ways that the state can meddle, Hoppe points out the state preference is for meddling with money. Because money is the most easily and widely salable good, it allows the state operators the greatest freedom to spend their income as they like.

U.S. businesses say they are currently uncertain about taxes, regulations, and Obamacare. The result, as Hoppe explains, is that it is too risky for the producer to invest in producer goods. Only present, instantly serviceable goods can protect against unpredictable contingencies.

Increased inflows of new money only drive prices up, with purchasing power becoming low. For protection against uncertainty, prices should fall, but the policy of increasing the money supply has the wrong effect.

Thus, as the result of the current monetary policy, the restoration of the desired level of uncertainty protection will be delayed and the crisis prolonged, writes Hoppe.

It seems clear, based on this experience, that such policies can be effective, and that, in their absence, the 2007-09 recession would have been deeper and the current recovery would have been slower than has actually occurred.

The recession might well have (and should have) been deeper, but by now it would be long gone without the Bernanke’s meddling.

Central banks are one of the greatest mischief makers of our time, Hoppe writes. While the last two Fed chairmen have been considered rock stars, Hoppe considers them counterfeiting bureaucrats. They are backed by many intellectuals on the payroll who explain, like alchemists, how stones (paper) can be turned into bread (wealth). With a monopoly power over the printing press, the Fed can pay for unpopular wars and popular social programs.

This week’s featured author, professor Hoppe, has lived a lively, interesting life. His wife is also a Ph.D. economist, and they live in Istanbul. Hoppe retired from teaching at the University of Nevada, Las Vegas. He taught a number of those years with his friend Murray Rothbard and received tenure by way of a student petition.

He continues to be a much-sought-after speaker in Europe and around the world. He was invited to a private audience with the prince of Liechtenstein to discuss economics, philosophy, and anarchy. He and his wife host the Property and Freedom Society salon in Bodrum, Turkey, each year, attracting intellectuals from all over the world, representing various disciplines. Jeffrey Tucker and I will be attending later this month.

Professor Hoppe considers  “Central banks one of the greatest mischief makers of our time.”  While the last two Fed Chairmen have been considered rockstars,  Hoppe would consider them counterfeiting bureaucrats.  Again, society is made no richer with the printing of more money.  Just the early receivers of the money (government and big banks) benefit at the expense of those receiving the money last. The gap between rich and poor in this country can look to this as a reason.

With a monopoly power over the printing press, the Fed can pay for unpopular wars, popular social programs.  Hoppe points out in a reprinted Interview with The Daily Bell the Fed can afford to hire hundreds of Phd economists, “turned into government propagandists ‘explaining,’ like alchemists, how stones (paper) can be turned into bread (wealth).”]

If you’ve waited to join the club, this is the week you’ve been waiting for. Hans-Hermann Hoppe is an intellectual giant. The Great Fiction is his new book. Like all Laissez Faire Club e-books, his work provides the antidote to the nonsense you hear about money and banking from the mainstream finance press. Sign up today and you will be curling up with your e-reader and Hoppe’s book, for a wonderfully instructive weekend.