Hoppe on Hangar-7 on ServusTV Austria: Explosion in energy prices: is the conflagration now imminent?

Talk in Hangar-7 – every Thursday on ServusTV Austria and every Friday on ServusTV Germany. Exclusive long versions and more in the ServusTV On media library: https://www.servustv.com/aktuelles/v/aa-29cffmyg91w11/

The war in Ukraine continues unabated, no gas will flow through the Baltic Sea pipeline Nord Stream 1 for at least another week, and the prices for electricity, gas and fuel are rising and rising. Anyone who is about to take their first holiday in a long time expects that it will be their last for the foreseeable future; Entrepreneurs no longer know how to keep operations going beyond the next few months; and economic researchers warn of massive social upheavals. END_OF_DOCUMENT_TOKEN_TO_BE_REPLACED

This is a Spanish translation of Hoppe’s The Ethics of Entrepreneurship and Profit (2014) published on the Mises Institute web page. The original translation was revised and edited by Oscar Eduardo Grau Rotela for this new publication.

END_OF_DOCUMENT_TOKEN_TO_BE_REPLACED A Chinese translation of Democracy: The God That Failed (Transaction, 2001 is now available [PDF]. Translation by Ke`er (可二）. 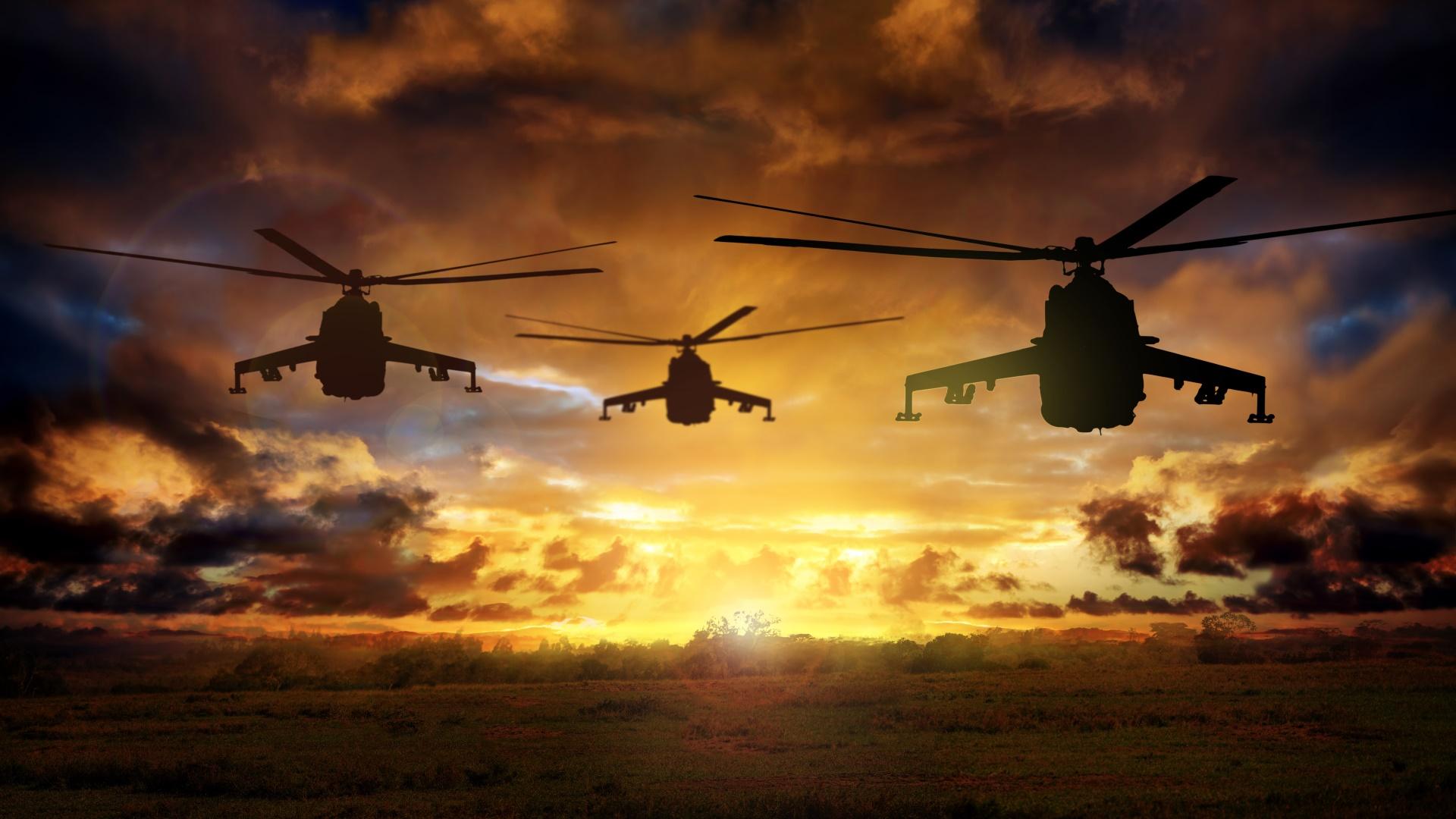 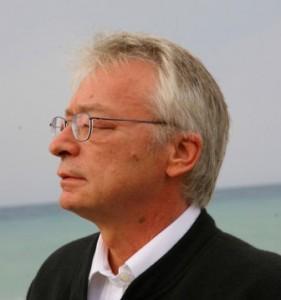 States, regardless of their constitution, are not economic enterprises. In contrast to the latter, states do not finance themselves by selling products and services to customers who voluntarily pay, but by compulsory levies: taxes collected through the threat and use of violence (and through the paper money they literally create out of thin air). Significantly, economists have therefore referred to governments, i.e. the holders of state power, as stationary bandits. Governments and everyone on their payroll live off the loot stolen from other people. They lead a parasitic existence at the expense of a subdued and “host” populace. END_OF_DOCUMENT_TOKEN_TO_BE_REPLACED

This is the Spanish translation of an interview that Hans-Hermann Hoppe gave to the Association for Liberal Thinking in Turkey.

END_OF_DOCUMENT_TOKEN_TO_BE_REPLACED

Portuguese Translation of The Great Fiction 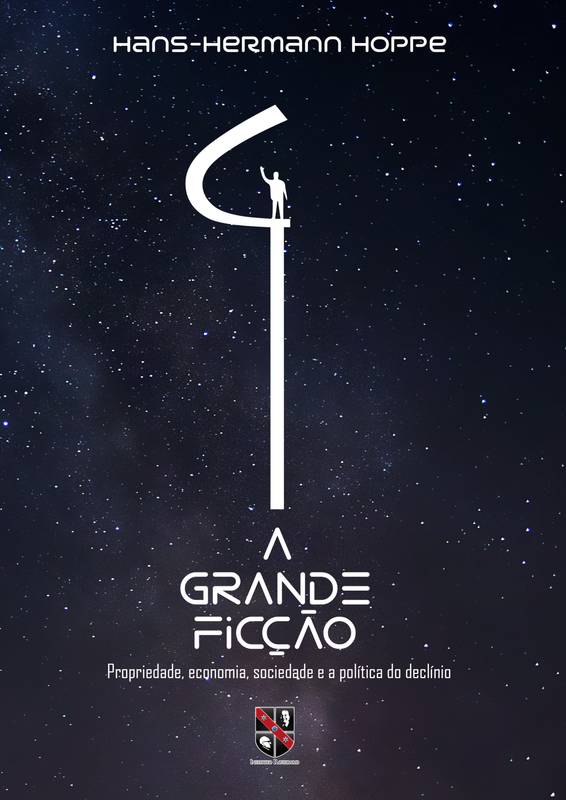 This the Spanish translation (by Jorge A. Soler Sanz) of a short interview given in Belgium and originally published on The Brussels Journal.

END_OF_DOCUMENT_TOKEN_TO_BE_REPLACED

This lecture is from the 2012 meeting of the Property and Freedom Society: Hans-Hermann Hoppe (Germany/Turkey), The Hayek Myth. PFS 2012 Playlist.

“My Dream Is of a Europe Which Consists of 1,000 Liechtensteins”: Hoppe on SERVUS TV: On State, War, Europe, Decentralization and Neutrality

An English translation of the transcript was prepared by Leonhard Paul, a law student from Germany. Also reprinted as Hoppe: “My Dream Is of a Europe Which Consists of 1,000 Liechtensteins,” Mises Wire (April 16, 2022)

END_OF_DOCUMENT_TOKEN_TO_BE_REPLACED

This is a lecture given by Hans-Hermann Hoppe in 2004 in the city of Marrazó, transcribed and translated into Spanish by Sociedad de Estudios Políticos de la Región Murcia, on the topics of his book Democracy: The God That Failed.

END_OF_DOCUMENT_TOKEN_TO_BE_REPLACED

A previous translation (by Dante Bayona) of this piece (The Socialism of Social Engineering and The Foundations of Economic Analysis [1988]) was published before on Centro Mises. Oscar Eduardo Grau Rotela has now provided a revised, and corrected version of it. This essay is the Chapter 6 of A Theory of Socialism and Capitalism.

END_OF_DOCUMENT_TOKEN_TO_BE_REPLACED Hoppe and the current stage of Austro-libertarianism in Brazil

[This article is excerpted from the preface to the Brazilian edition of the book Property, Liberty & Society: Essays in honour of Hans-Hermann Hoppe, just published by Rothbard Institute]

The present Festschrift was attended by 35 authors who gave testimonies about their friendship with Hans-Hermann Hoppe and/or took the opportunity to comment on or develop some of his theses. Among these authors are the world’s greatest libertarians and economists, such as Lew Rockwell, Walter Block, Jesús Huerta de Soto, Joe Salerno and Guido Hülsmann. The book was published in 2009 and given to Hoppe in celebration of his 60th birthday. Today, 13 years later, I take the opportunity of publishing the translation of the work to modestly insert myself among these great authors. END_OF_DOCUMENT_TOKEN_TO_BE_REPLACED

PFP069 | Hans-Hermann Hoppe, Politics, Money and Banking. Everything You Need to Know in 30 Minutes (PFS 2011)

This lecture is from the 2011 meeting of the Property and Freedom Society: Hans-Hermann Hoppe (Germany/Turkey), Politics, Money and Banking. Everything You Need to Know in 30 Minutes. PFS 2011 Playlist.

This lecture is from the 2010 meeting of the Property and Freedom Society: “On Private Goods, Public Goods, and the Need for Privatization,” by Hans-Hermann Hoppe (Germany/Turkey). PFS 2010 Playlist.

A new revised version in Spanish of Hoppe’s speech titled Rothbardian Ethics has been provided by Oscar Eduardo Grau Rotela. This piece was published on LewRockwell.com in 2002. The old and original translation can be found here.

END_OF_DOCUMENT_TOKEN_TO_BE_REPLACED

Adrián González Fuentes has translated Hoppe’s Must Austrians Embrace Indifference? article from 2005 published on The Quarterly Journal of Austrian Economics. This translation was publish for first time on Centro Mises.

END_OF_DOCUMENT_TOKEN_TO_BE_REPLACED

This is the spanish translation (made by Dante Bayona) of Hoppe’s A World Without Theft conference given at the Mises Institute in 2006.

END_OF_DOCUMENT_TOKEN_TO_BE_REPLACED

If you are unfamiliar with the working of Hans-Hermann Hoppe, prepare for The Great Fiction to cause a fundamental shift in the way you view the world. No living writer today is more effective at stripping away the illusions almost everyone has about economics and public life. More fundamentally, Professor Hoppe causes the scales to fall from one’s eyes on the most critical issue facing humanity today: the choice between liberty and statism.

The title comes from a quotation by Frederic Bastiat, the 19th century economist and pamphleteer: “The state is the great fiction by which everyone seeks to live at the expense of everyone else.” He does not say that this is one feature of the state, one possible aspect of public policy gone wrong, or one sign of a state gone bad in a shift from its nightwatchman role to become confiscatory. Bastiat is characterizing the core nature of the state itself.

The whole of Hoppe’s writings on politics can be seen as an elucidation on this point. He sees the state as a gang of thieves that uses propaganda as a means of disguising its true nature. In fleshing this out, Hoppe has made tremendous contributions to the literature, showing how the state originates and how the intellectual class helps perpetuate this cover up, whether in the name of science, or religion, or the provision of some service like health, security, education, or whatever. The excuses are forever changing; the functioning and goal of the state are always the same.

It is true, then, that Hoppe stands with a long line of anarchist thinkers who see the state as playing a purely destructive role in society. But unlike the main line of thinkers in this tradition, Hoppe’s thinking is not encumbered by utopian illusions about society without the state. He follows Ludwig von Mises and Murray N. Rothbard in placing private property as a central element in social organization. In justifying this point of view, Hoppe goes far beyond traditional Lockean phrases. He sees private property as an inescapable institution in a world of scarcity, and draws on the work of contemporary European philosophy to make his claims more robust than any of his intellectual predecessors did.

The reader will be surprised at the approach Hoppe takes because it is far more systematic and logical than people expect of writers on these topics. I suspect that this is because he came to views after a long intellectual struggle, having moved systematically from being a conventional left-socialist to become the founder of his own anarcho-capitalist school of thought. The dramatic change happened to him in graduate school, as he reveals in the biographical sections of this book. He takes nothing for granted in the course of his argumentation. He leads the reader carefully through each step in his chain of reasoning. This approach requires extraordinary discipline and a level of brilliance that is out of the reach of most writers and thinkers.

This particular work goes beyond politics, however, to show the full range of Hoppe’s thought on issues of economics, history, scientific methodology, and the history of thought. In each field, he brings that same level of rigor, that drive for uncompromising adherence to logic, the fearlessness in the fact of radical conclusions. In light of all of this, it seems too limiting to describe Hoppe as a mere member of the Austrian or libertarian tradition, for he really has forged new paths—in more ways than he makes overt in his writings. We are really dealing here with a universal genius, which is precisely why Hoppe’s name comes up so often in any discussion of today’s great living intellectuals.

It so happens that Hoppe is also an extremely controversial figure. I don’t think he would have it any other way. Regardless, this is always the case for truly creative minds that do not shrink from the conclusions of their own premises. The perspective from which he writes stems from a passionate yet scientific attachment to radical freedom, and his work comes about in times when the state is on the march. Everything he writes cuts across the grain. It is paradigm breaking. Just when you think you have figured out his mode of thinking, he takes it in a direction that you didn’t expect, which is why in writing this editorial preface I’m being careful not to give away too many of the ideas herein. It is not only his conclusions that are significant but the masterful way that he arrives at them.

It is my great honor as executive editor of Laissez Faire Books to be the publisher of a work of this significance. This is more than a collection in the libertarian tradition; it is a testimony to the fact that progress in ideas is still possible in our time. So long as that remains true, so long as the tradition Hoppe represents is living and improving, we have reason to believe that human liberty has not and will not finally succumb to the great fiction.